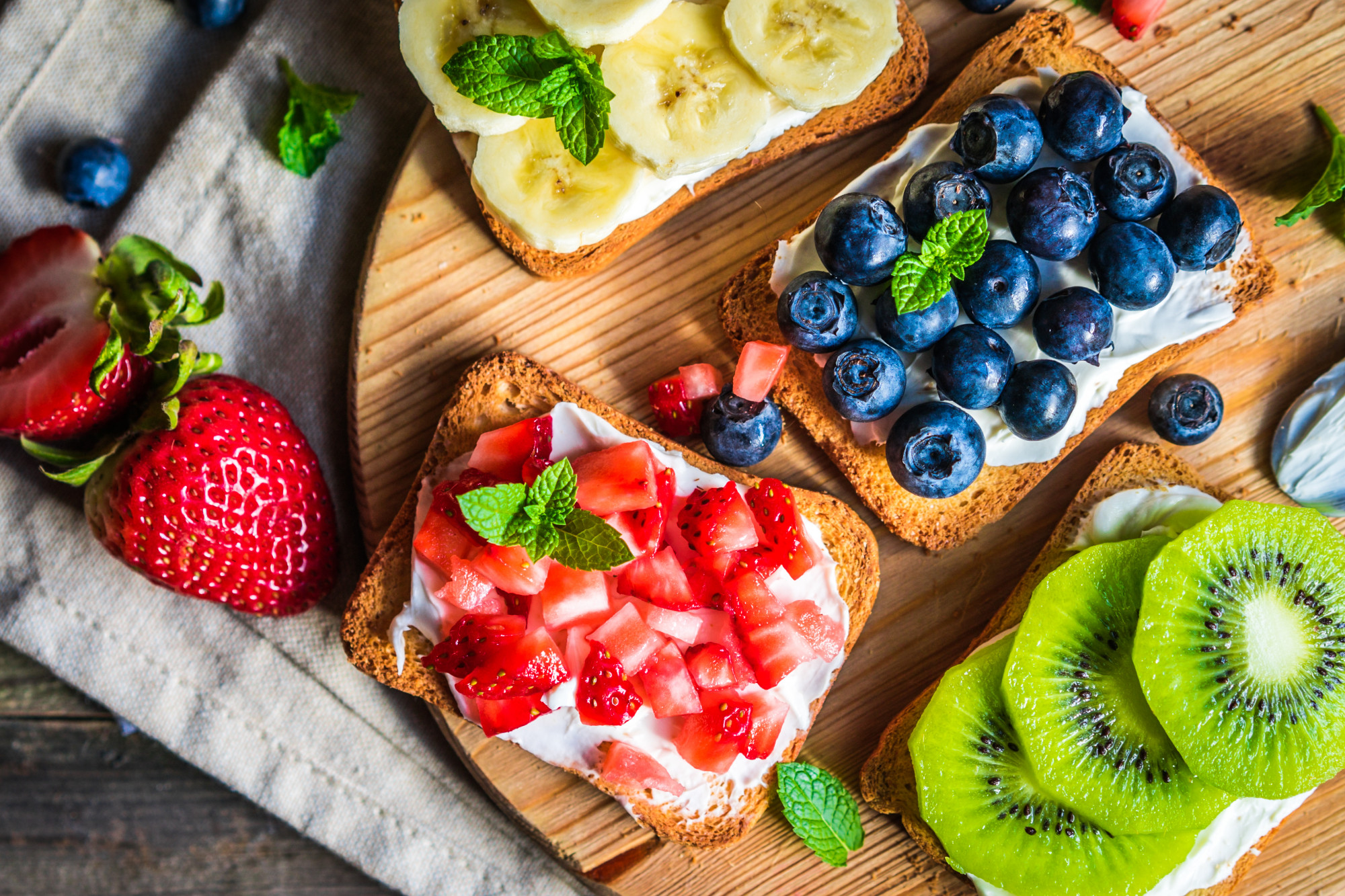 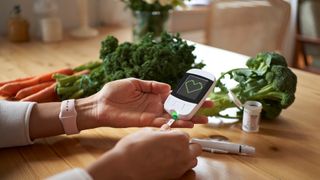 While diets are often associated with weight loss, there are also some diets that fight many of the diseases that are crippling our health services. Some of the benefits of these diets include lowering blood pressure, as well as improving mental wellbeing and overall health.

Here we look at six diets that are designed to help fend off diseases and make you healthier.

The low glycemic diet, also known as the low GI diet, is based on the idea that certain carbohydrates can cause blood sugar (glucose) levels to rapidly increase. Dieters are advised to eat the ‘right’ carbs – which have a low GI value - to regulate and maintain blood sugar, says nutritionist Jenna Hope (opens in new tab).

“This diet focuses on eating foods that are released more slowly into the bloodstream, to prevent high spikes and crashes in blood sugar,” she says. These foods are often lower in sugar and higher in fiber , and include things like oat bran, pasta, quinoa, beans, peas, lentils, nuts and parboiled rice.

Dieters are also encouraged to fill up on fruit and vegetables, but limit high GI foods like potatoes, which are quickly digested and absorbed, resulting in a rapid rise and fall of blood sugar levels.

The Zone Diet and NutriSystem plan use low-glycemic index foods as the basis of their weight loss plans, but this program has a more significant impact on patients with type 2 diabetes , or pre-diabetes.

“Consuming a diet of this nature can help to manage blood glucose control and reduce the risk of insulin resistance and type 2 diabetes, as insulin is not being produced in excess,” says Hope.

While many Americans adopt a vegetarian diet for cultural, religious or ecological reasons, a plant-based diet has a ton of potential health benefits. Studies (opens in new tab) have shown that vegetarians have a lower risk of developing chronic diseases including obesity, coronary heart disease, high blood pressure and diabetes.

Hope says: “A diet rich in plant foods is likely to be higher in nutrient variety, plant chemicals and fiber which has been associated with an overall improvement in general health and wellbeing.”

If you want to go veggie but are worried about not getting enough protein or essential vitamins and minerals, check out our guide to a plant based diet for beginners , as well as our 7-day plant based meal plan .

The DASH Diet was originally designed to help treat or prevent high blood pressure, but it could also boost weight loss, as a study published in JAMA Internal Medicine (opens in new tab) found.

Scientists found that high blood pressure – also known as hypertension - was less common in those who restricted their red meat intake and reduced sodium, fats and refined sugars.

“DASH stands for Dietary Approach to Stop Hypertension and this healthy eating plan focuses on increasing fruits, vegetables, whole grains, oily fish, nuts and seeds, while limiting meat, dairy and ultra-processed, high sugar foods,” says Hope. “Typically these wholefoods are higher in fiber and potassium, and lower in salt, which can help to reduce blood pressure. Also, naturally increasing these types of wholefoods can help to displace those that are higher in salt and sugars.”

So how does the DASH Diet work? Anyone who suffers from high blood pressure will be at greater risk of heart attacks and strokes. By limiting consumption of red meat, sodium, fats and refined sugars, this reduces the risk of developing hypertension. This is because salt makes your body hold onto water – if you eat too much the extra water in your blood means there’s too much pressure on your blood vessel walls, raising your blood pressure.

Meanwhile too much saturated fat can boost ‘bad’ cholesterol, the type linked to hypertension. Fatty foods increase visceral fat in the body too – this is the dangerous type that lives deep inside the belly, wrapped around your major organs. This can also raise blood pressure.

There is no meal plan or specific recipes on the DASH Diet, but your daily calorie intake and serving size should relate to your age and fitness level.

A study published in Journal List (opens in new tab) found that the DASH diet could reduce blood pressure in as quick as two weeks, especially when combined with exercise and weight loss.

Gluten can cause gastric issues for some people, with symptoms ranging from cramps and gas to diarrhea and bloating. This is why a low gluten or gluten-free diet has seen a surge in popularity in recent years.

While gluten sensitivity can cause discomfort, celiac disease is an autoimmune condition that means it’s dangerous to consume gluten. Sufferers have to avoid gluten entirely and make sure that any food they eat has no trace of it.

“As you’d expect, a low gluten diet is one that is lower in gluten, but not entirely free from gluten,” says Hope. “Generally speaking, unless you’re diagnosed with celiac disease, there is no benefit to consuming a gluten-free diet.”

As with the DASH Diet, there is no specific meal plan or recipes, but the idea is just to avoid foods with gluten, or reduce your intake (unless you are celiac, then it’s a total ban).

The downside is that gluten-free foods are often heavily processed to imitate products like bread and pasta, so it is often healthier – and cheaper – to find fresh alternatives. Processing can also cause cross-contamination with some ‘gluten-free’ products made in factories that handle wheat, so they may still have traces of gluten. This is usually stated on food labeling.

The ketogenic or ‘ keto diet ’ is a low carb, high fat plan that claims to trigger a metabolic state called ketosis. This is when the body doesn’t have enough carbohydrates for energy, so it switches to burning the body’s fat reserves, causing weight loss.

Because the keto diet involves eating less carbohydrates, it could help some people with type 2 diabetes as it allows the body to maintain blood sugar (glucose) levels. The reduction in carbs can also help reduce the spikes and crashes in blood sugar, reducing the need for insulin.

“The ketogenic diet is a very high fat, low carbohydrate diet that was originally designed to help manage epilepsy in children,” explains Hope. “The diet is very specifically calculated and when conducted properly can help to manage epilepsy symptoms. It’s currently commonly being used as a mechanism for weight loss. But it’s important to note, that this diet can pose a risk of nutrient deficiencies and may also impact gut health over a prolonged period of time as it’s typically low in fiber, which is needed for healthy digestion.

“Additionally as it’s very restrictive it’s unlikely to be sustainable and may cause those who have lost significant amounts of weight on the diet to put the weight back on.”

The Ketogenic diet is not for everybody. In fact, this highly specialized and carefully balanced diet is meant for people with epilepsy (especially children) whose seizures have not responded to medicines.

“The Mediterranean Diet is generally the most diverse, nutritionally complete diet and has been associated with a reduced risk of heart health complications, improved weight management and improved mental wellbeing,” says Hope.

Mediterranean countries also have a higher life expectancy, with Spain having one of the highest in the world – 83.2 compared with 78.5 in the United States.

“This is likely due to the varied sources of anti-inflammatory and antioxidant fuelled wholefoods such as fruits, vegetables, wholegrains, beans and pulses, limited intake of foods high in saturated fats and sugars, omega-3 consumption and high consumption of fiber,” says Hope.

Studies have shown that these kinds of anti-inflammatory and antioxidant rich foods can reduce the risk of developing some cancers, as well as improve heart health . Keen to give it a try? Check out our easy Mediterranean diet meal plan .

Maddy is a freelance journalist and Level 3 personal trainer specializing in fitness, health and wellbeing content. She has been a writer and editor for 22 years, and has worked for some of the UK's bestselling newspapers and women’s magazines, including Marie Claire, The Sunday Times and Women's Health. Maddy loves HIIT training and can often be found working out while her two young daughters do matching burpees or star jumps. As a massive foodie, she loves cooking and trying out new healthy recipes (especially ones with hidden vegetables so the kids eat them).