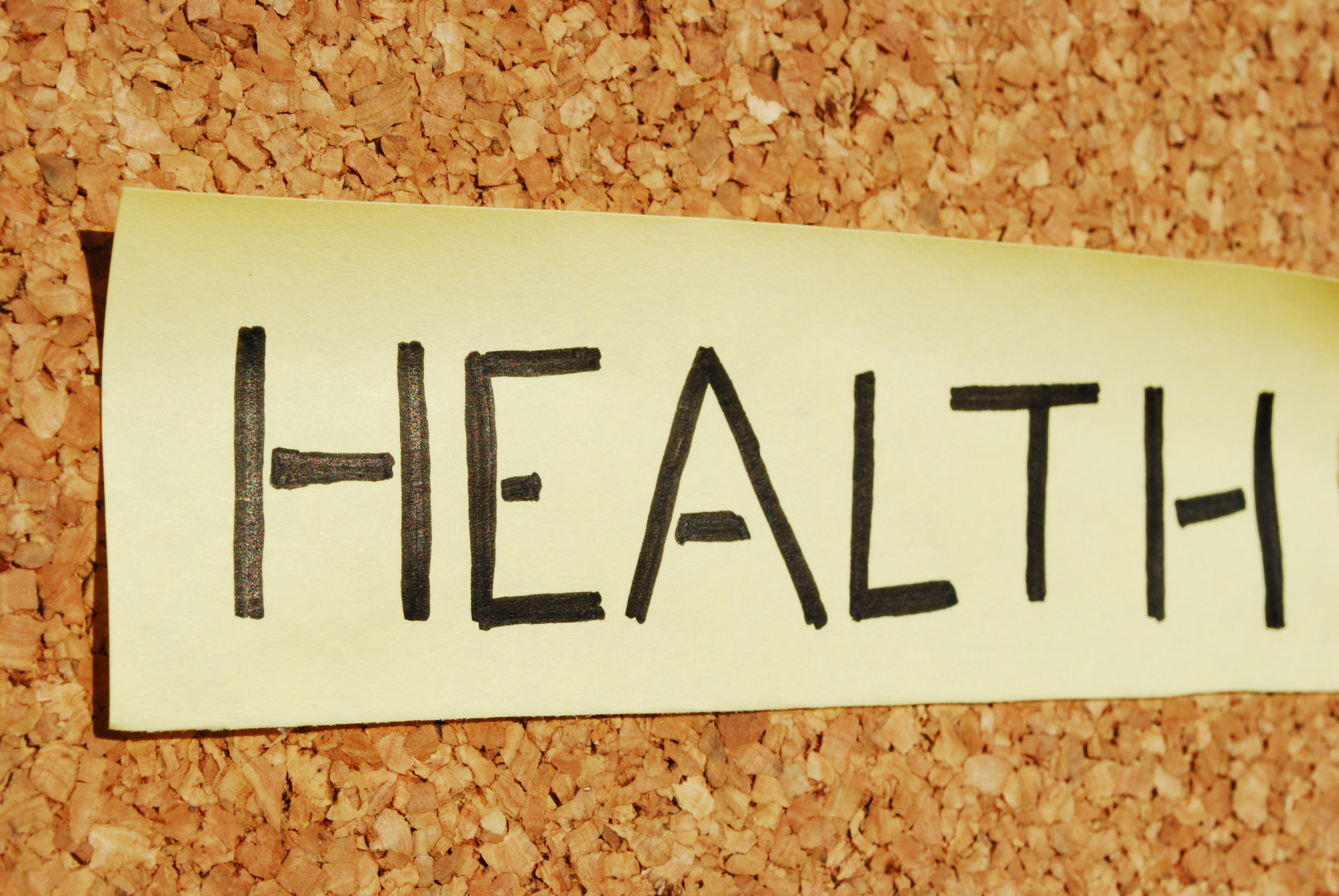 Amy Duggar has never been one to follow blindly.

Even before the rest of the world realized that her family is more corrupt than the Mansons and the Sopranos combined, Amy questioned authority and refused to go along with the more asinine rules imposed by her powerful Uncle Jim Bob.

This was perhaps most evident in her rejection of the infamous Duggar dress code.

The code, as you’re probably aware, was one of Jim Bob’s most repugnant attempts to control the girls and women in his life. 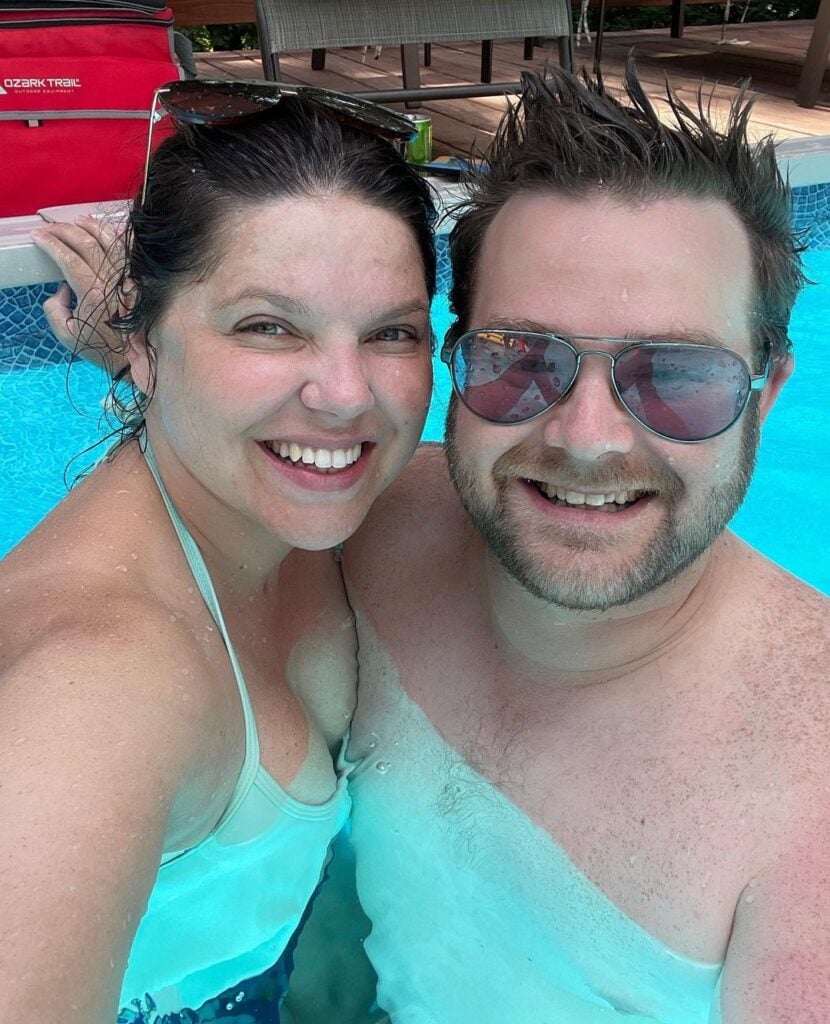 Amy wears what she wants these days, and it seems that her husband, Dillon King, is perfectly cool with that. (Photo via Instagram)

Perhaps that’s why Amy rejected it from the outset.

These days, Amy has completely severed ties with the more fundamentalist members of her extended family.

We guess that’s an easy decision to make when the fundies are also the ones who defended and enabled a convicted child molester. 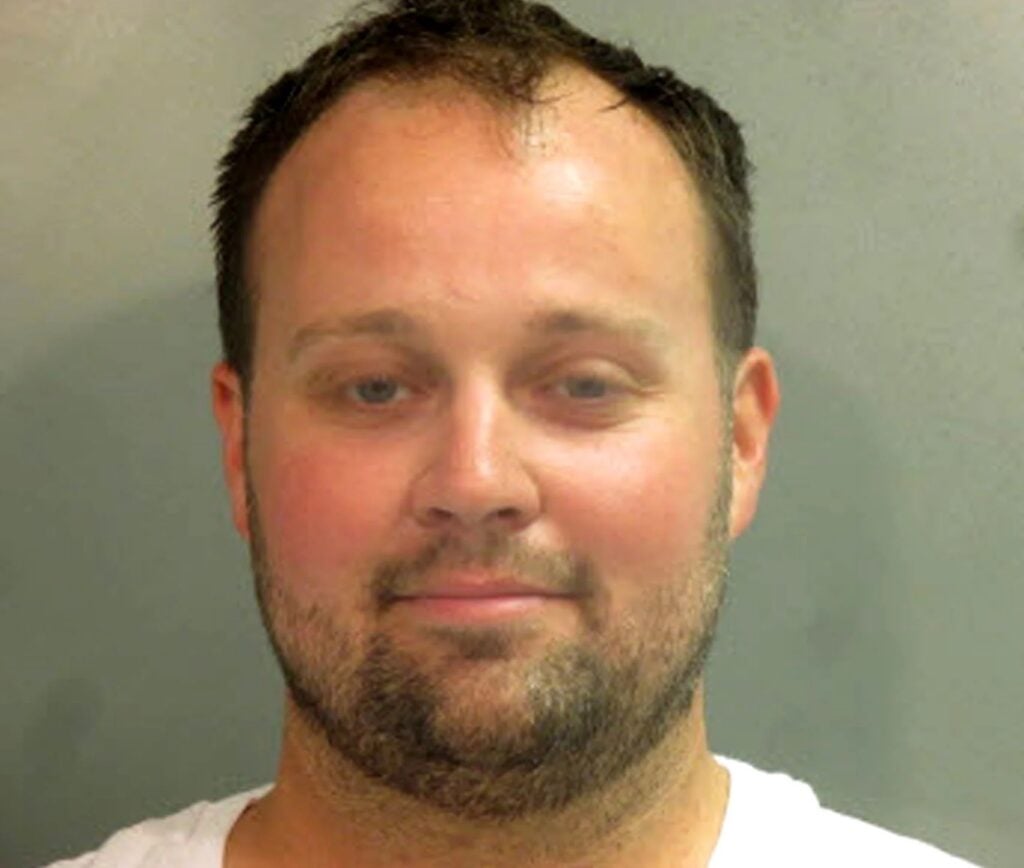 Josh Duggar in jail, where he belongs. (Photo via NBC)

She’s wearing what she wants and posting the pics of her outfits for the whole world to see.

When you look at the photo below, it might seem unremarkable at first. 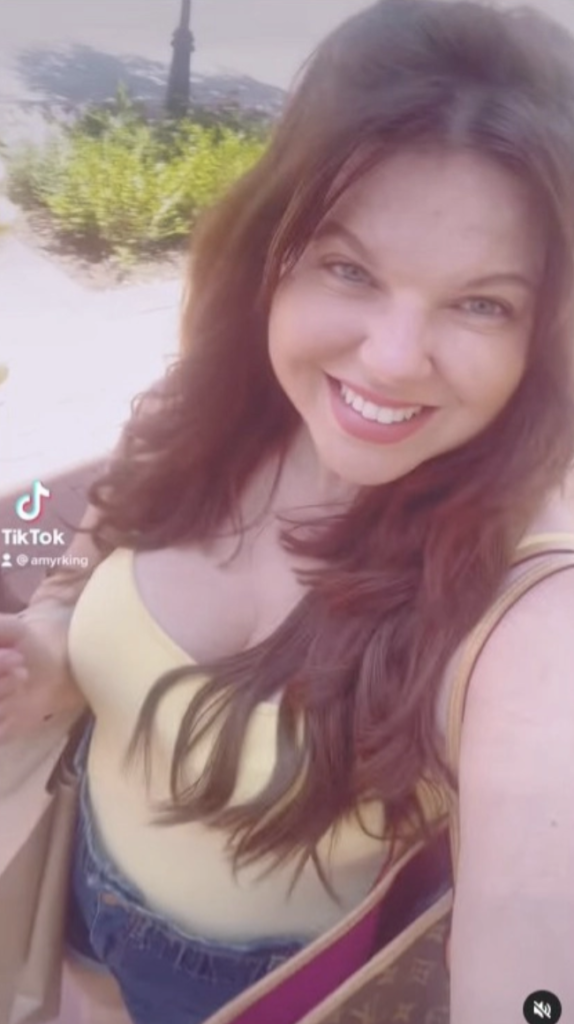 Amy Duggar wears whatever she wants these days. And her fans love her newfound freedom almost as much as she does! (Photo via TikTok)

But it’s important to bear in mind that this is a woman who hails from a family in which women aren’t even permitted to bare their shoulders or knees.

And here she is rocking a form-fitting tank top in front of her massive TikTok following!

Fans, of course, loved the look, and it wasn’t the only time this week that Amy received major praise on social media.

The mother of one also posted an Instagram Story in which she flaunted her recent weight loss. 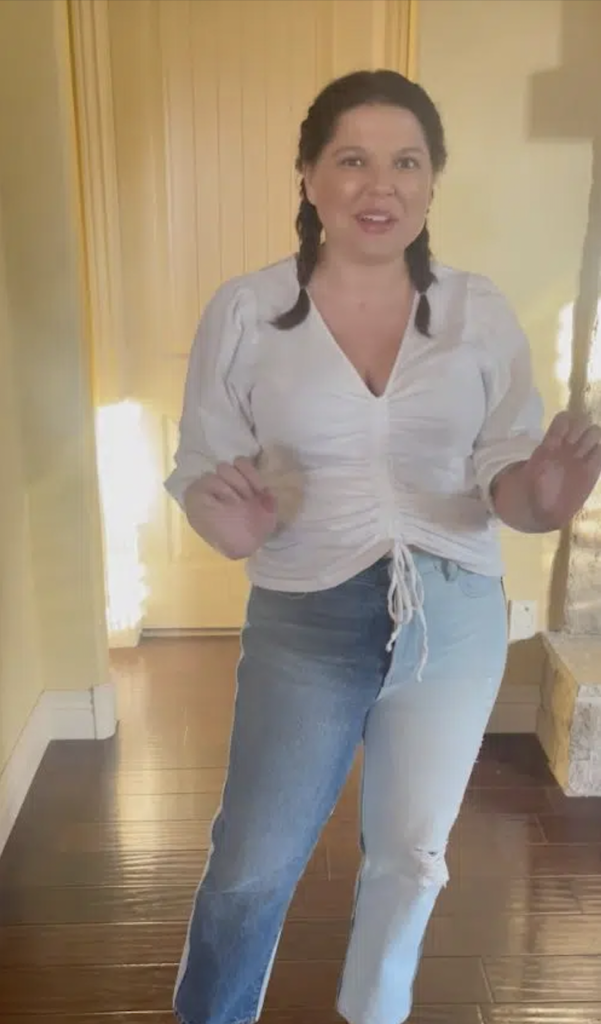 Amy shared her weight loss journey with fans this week. (Photo via Instagram)

“Let me just tell you a story real quick. I’m gonna make this as real as possible,” Amy explained.

“‘I’m gonna get them, and they’re my incentive jeans, and I’m just gonna try every once in a while to see if I can wear them,'” she continued. 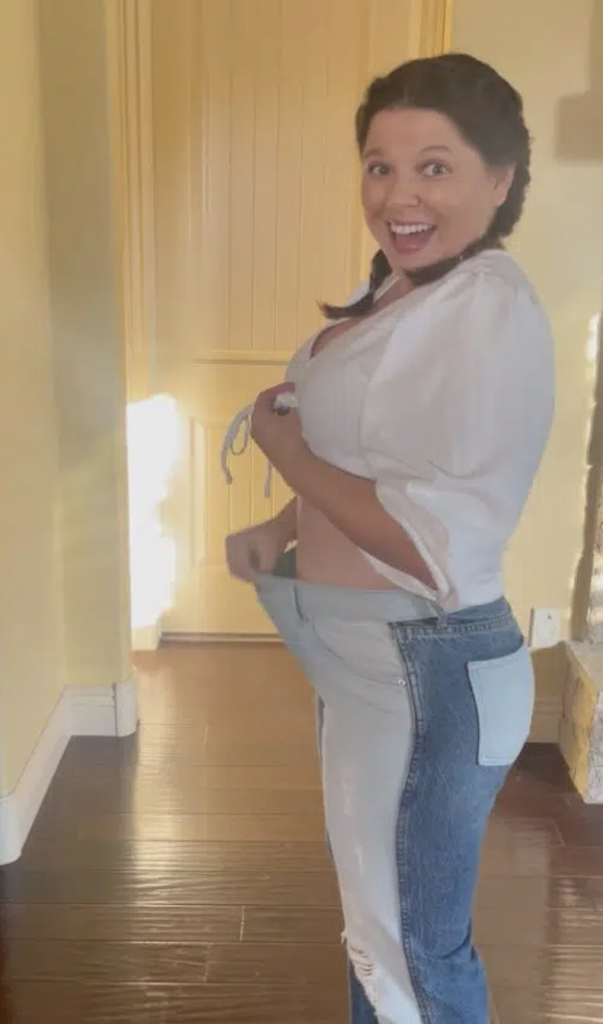 “Y’all, I tried them on today for going to dinner, and they fit, and I’m not even kidding. Like, there’s room. Like I can live in them. You know? Like, live. And I’m not hurting,” Amy went on.

“I feel like I really tried to work out and eat high protein, and the work is really paying off.”

She concluded with the message: 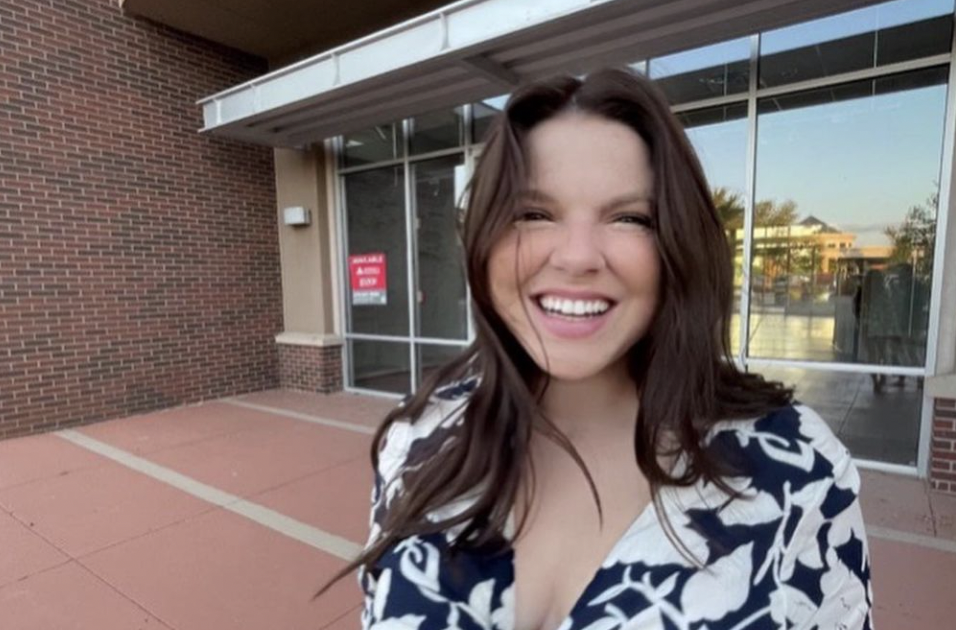 That sentiment applies both to losing weight and to breaking free from your cultish family!

“Yay, you go, girl. Absolutely love a clothes boost. I call them my no scales victories,” one fan commented, according to UK tabloid The Sun.

“You look beautiful,” another person wrote.

“Congratulations. You are beautiful always,” a third chimed in. 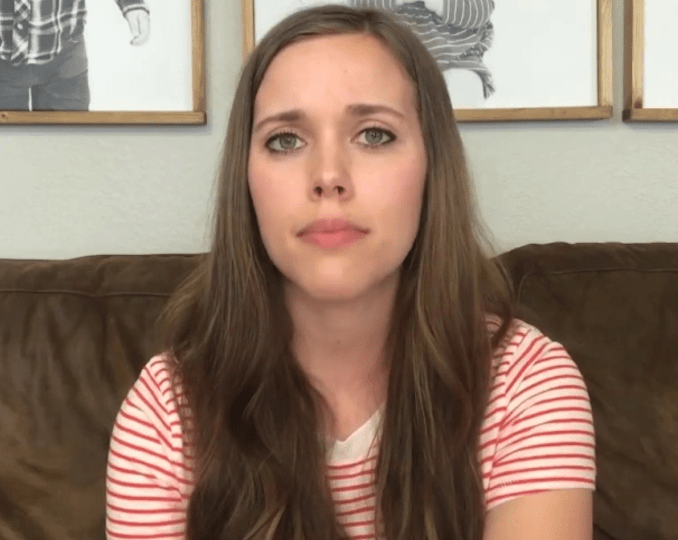 Jessa Duggar looks into the camera in this still from a 2020 video and talks about her mental health. (Photo via YouTube)

Even Amy’s cousin Jessa — who’s still fiercely loyal to her parents — offered up some praise, writing, “I love it! Go, Amy!”

Maybe there’s hope for her liberation yet!