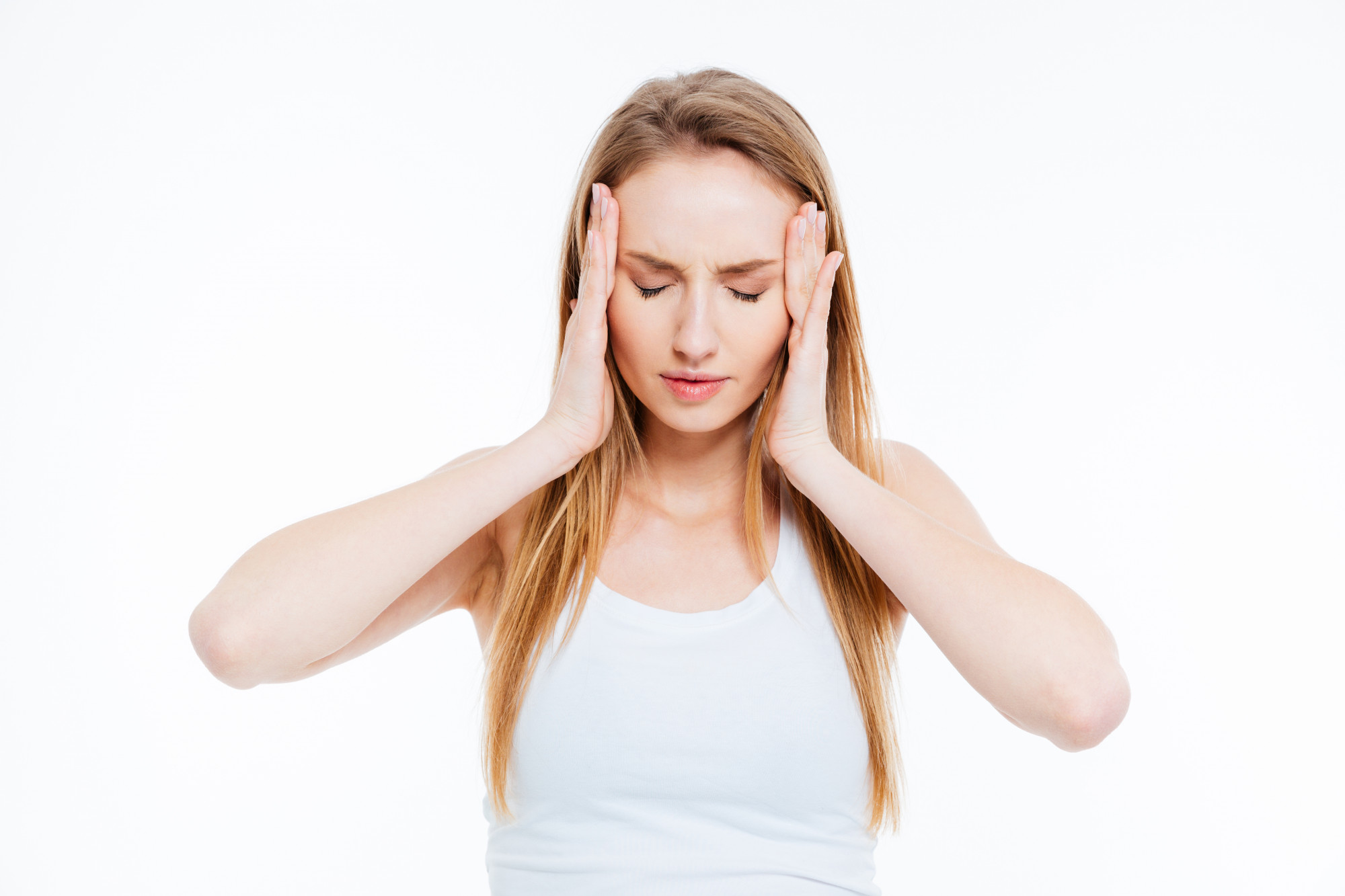 The question at hand today is whether alternate-day fasting is a viable, perhaps even preferable, option for folks who want to experiment with intermittent fasting. I’ve written about fasting many times here on the blog because it’s one of my favorite tools for managing insulin, blood sugar, appetite, and (possibly) promoting longevity, but I’ve never dedicated a post to alternate-day fasting per se. Time to remedy that.

I call it a tool, but fasting—having regular, distinct periods of little or no food—is the natural human condition. Or at least it should be. As I like to say, physiologically speaking, some of the best stuff happens when we aren’t eating. Fasting triggers desirable hormonal responses, reduces oxidative damage, promotes autophagy, and offers a mental challenge. 1 Of course, in today’s food-rich environment, most people eat regularly for upwards of 16 or 18 hours every day. Eating in a 6- or 8-hour window, much less going 24 hours or more without food, is rare.

For the most part, I’m agnostic about the optimal fasting schedule. Whether someone prefers time-restricted eating like the popular 16:8 or 18:6 protocols, a weekly 24-hour fast, semi-annual prolonged fasting of three days or longer, or eating WHEN (when hunger ensues naturally) is a matter of personal taste. They each have pros and cons, but none so compelling that I’d say one is clearly best for everyone. Since a lot of people seem inclined to try alternate-day fasting, it deserves a closer look here.

What Is Alternate-day Fasting Exactly?

There are two broad categories of alternate-day fasting (ADF):

True ADF is where you skip entire days of eating. Eat one day, don’t eat the next. Simple, not necessarily easy. With this kind of ADF, you’ll be doing 36-hour fasts (dinner one day to breakfast two days later) every other day. Maybe even longer.

Beyond that, anything goes. You can pair ADF with any way of eating—Primal, keto, vegan, carnivore, even SAD (though I wouldn’t recommend it for obvious reasons). There aren’t any rules about when or how often you eat on your regular eating days, but the idea is to consume the same number of calories you’d eat for weight maintenance, perhaps a bit more. Assuming you don’t go hog-wild, you’ll end up in a pretty hefty caloric deficit even while eating normally half the time.

There are also a few specific variations in ADF:

Possible benefits of ADF include:

If it sounds like I’m hedging my bets here, that’s because there’s no standardization with how researchers use the term “alternate-day fasting.” There’s a lot of promising data, but it’s hard to generalize from one study to the next when one uses an Eat Stop Eat design and the other uses 5:2 with two consecutive fasting days. The metabolic effects may not be the same.

Researchers are also still trying to tease out whether any benefits are unique to fasting or if they’re mostly due to the caloric restriction inherent in these types of fasting protocols. It’s very much an open question at this point, although I suspect there’s more to fasting than mere calorie restriction.

What about weight loss? Can alternate-day fasting help you lose weight?

Yes. This has been demonstrated in multiple studies using different styles of ADF and different populations. Not to mention all the anecdotal evidence.

The more interesting question is whether you’re likely to lose more weight—or lose weight more easily—with ADF. The available studies seem to suggest that while you might lose more weight with ADF in the short term, 7 fasting and regular calorie-restriction dieting (aka “continuous calorie restriction”) eventually even out when calories are matched. 8 As for ADF compared to other types of fasting like daily time-restricted eating, there aren’t enough head-to-head studies to draw conclusions one way or another.

“But wait,” you say, “I couldn’t lose any weight when I tried to diet until I started fasting.” I hear this a lot. Just because ADF might not have a strong weight-loss advantage on average doesn’t mean it wasn’t advantageous for you. When it comes to losing weight, dietary adherence plays a big role. 9 Many people find it easier to stick to a schedule where they don’t have to restrict food every single day.

To do ADF right, you have to track your food, which can be onerous. Folks who don’t want to weigh and measure every bite can try the Eat Stop Eat approach, which doesn’t limit what you can eat on your fasting days (or, more precisely, at the end of your 24-hour fasts).

It’s also not easy to only eat 500 or 600 calories, especially if you want to break it up into multiple meals or snacks. You’ll want to limit fat intake since fat is the most calorically dense macronutrient at nine calories per gram. Once you factor in adequate protein, there’s little room for anything else. I’d suggest eating just one or two meals on fasting days and loading up on low-calorie, non-starchy vegetables like leafy greens. Sipping on bone broth can help stave off hunger too, but there will be hunger, especially at the beginning.

One potential concern is the preservation of lean mass. Across four studies with overweight/obese adults, dieters lost more lean mass on average with ADF than with continuous calorie restriction (regular dieting). 10 These studies ranged from 12 to 30 weeks in duration, and participants ate a decent amount of protein. However, none of the studies provided exercise instructions, and it’s not clear whether any of the participants engaged in resistance training.

Overall, the benefits of ADF seem to be in line with the benefits of fasting more generally. From what I can tell, the biggest advantage of ADF compared to daily time-restricted eating or calorie-restriction diets is that some people find it easier to stick with.

The findings regarding lean mass give me pause, but not enough to write off ADF at this point. While the four studies were fairly consistent, there was also a lot of variability between participants. Whenever you’re eating in an energy deficit, you want to make sure to eat plenty of protein and lift heavy things to protect your muscles. That’s just best practice no matter what type of fasting you’re doing. That said, the strict ADF I outlined above lands you in a 33 percent energy deficit, which is pretty big—perhaps too big to be safely sustained long term. We could use more human studies here to tease all this out.

And speaking of best practices, what you eat during your non-fasting days does matter. Even though ADF doesn’t strictly require it, eating the same nutrient-rich, whole foods whether or not you’re practicing ADF just makes sense.

Finally, the same rules also apply regarding who shouldn’t fast: people who are already overstressed and those with high energy needs like competitive athletes, kids and teens, and people who are pregnant or breastfeeding.

All right, what do you think? Yes or no, are you interested in alternate-day fasting? If you’ve already tried it, how did it go?

The Myriad Benefits of Intermittent Fasting

Fasting versus Carb Restriction: Which Works Better for What Scenarios

7 Tips and Considerations for Eating One Meal a Day

Mark Sisson is the founder of Mark’s Daily Apple, godfather to the Primal food and lifestyle movement, and the New York Times bestselling author of The Keto Reset Diet. His latest book is Keto for Life, where he discusses how he combines the keto diet with a Primal lifestyle for optimal health and longevity. Mark is the author of numerous other books as well, including The Primal Blueprint, which was credited with turbocharging the growth of the primal/paleo movement back in 2009. After spending three decades researching and educating folks on why food is the key component to achieving and maintaining optimal wellness, Mark launched Primal Kitchen, a real-food company that creates Primal/paleo, keto, and Whole30-friendly kitchen staples.